The last day of our Colorado motorcycle adventure

We rode 1,789 miles in the past week through Arizona, New Mexico and primarily in the Rockies in Colorado with our friends and neighbors Tom and Christine who used to live in Aspen and have ridden most of the area before. Bill and Cynthia rode with us from Grand Junction to Aspen and shared their knowledge of favorite roads and restaurants. Doug joined us from Aspen to Gunnison, and showed us the best places to stop and view the canyons and distant peaks along numerous mountain passes. The next day his wife Karen surprised us by joining the group on the spur of the moment as we rode the amazing Million Dollar Highway from Ouray into Durango. Part of the fun of a motorcycle trip is the time we spend together off the bikes, and this trip was even more special because we met new friends. 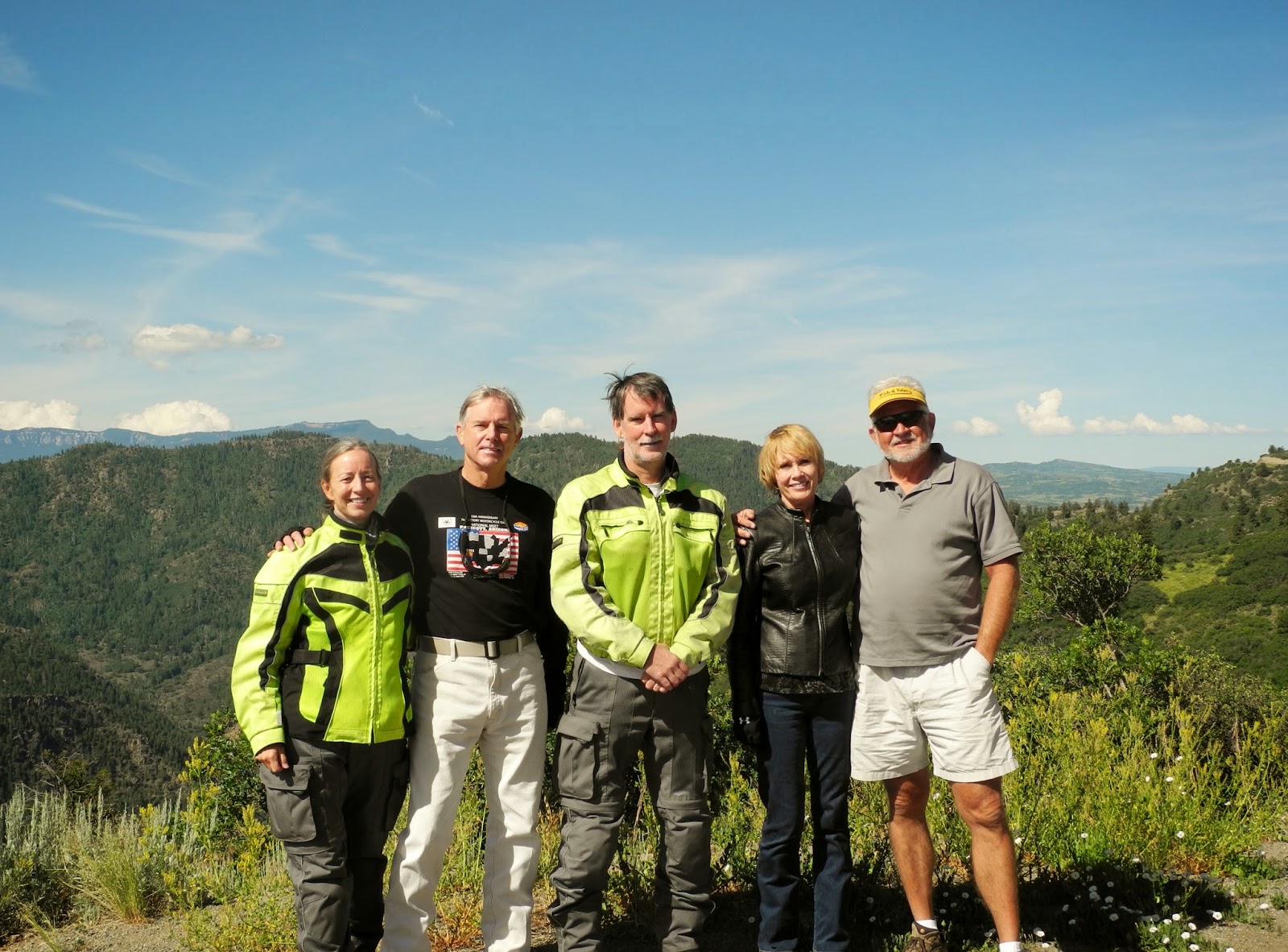 During the past week on our trip through Colorado I've spent the hours on the motorcycle thinking about the history of the area, remote mining towns hidden deep in the mountains, world-class ski areas, bear wandering through the streets of mountain towns, engineering marvels in the dams and bridges that cross the difficult landscape. I never know what is around the next corner, or what I'll see as we crest a steep hill.

Today's 193 miles were a short ride on familiar roads from Show Low to home in Prescott, Arizona under a constant threat of rain and thunderstorms. Because we've ridden these roads often, I found myself thinking about the ride in a different way.

Where do the hundreds of single-track or narrow dirt roads lead? They snake off from the paved highway, disappearing into the pine forests or dropping out of sight over the next hill. Were they made by settlers in covered wagons in the 1800's, or are they game trails, or favorites for people riding ATVs? One day I want to head off down these types of roads and see where they lead. 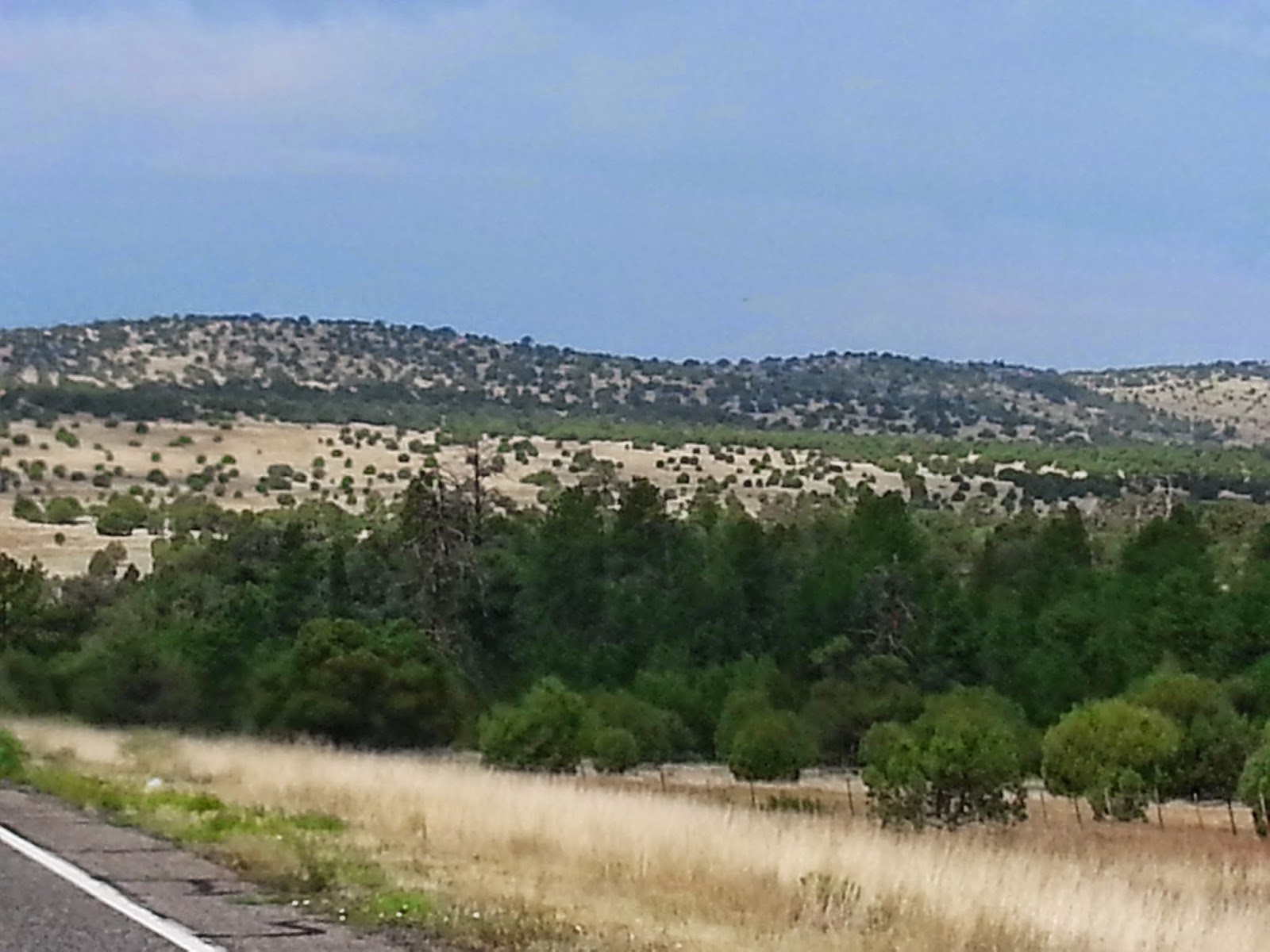 Who decided the route for the paved roads we're traveling along? Do they follow old Indian trails, or perhaps trading routes for miners and trappers? The roads today wound around canyons and swept down the Mogollon Rim into the Verde Valley. Yesterday we rode on ruler-straight roads through the Navajo, Hopi and Zuni reservations - were these roads laid out by engineers to get from one point to the next as quickly as possible?

I notice the changing plants:  the pine tree forests between Show Low and Payson through the Sitgreaves National Forest; areas with blackened, dead trees and bright green new plant growth that looked to be the site of recent forest fires near Show Low; tall thin plants with clusters of bright orange or bright yellow flowers springing up alongside the highway between Pine and Camp Verde; the first prickly pear cactus I've seen since we left home last Tuesday as we rode down from Camp Verde; low, pale green scrub bushes widely scattered over the rolling hills as we came closer to Prescott. 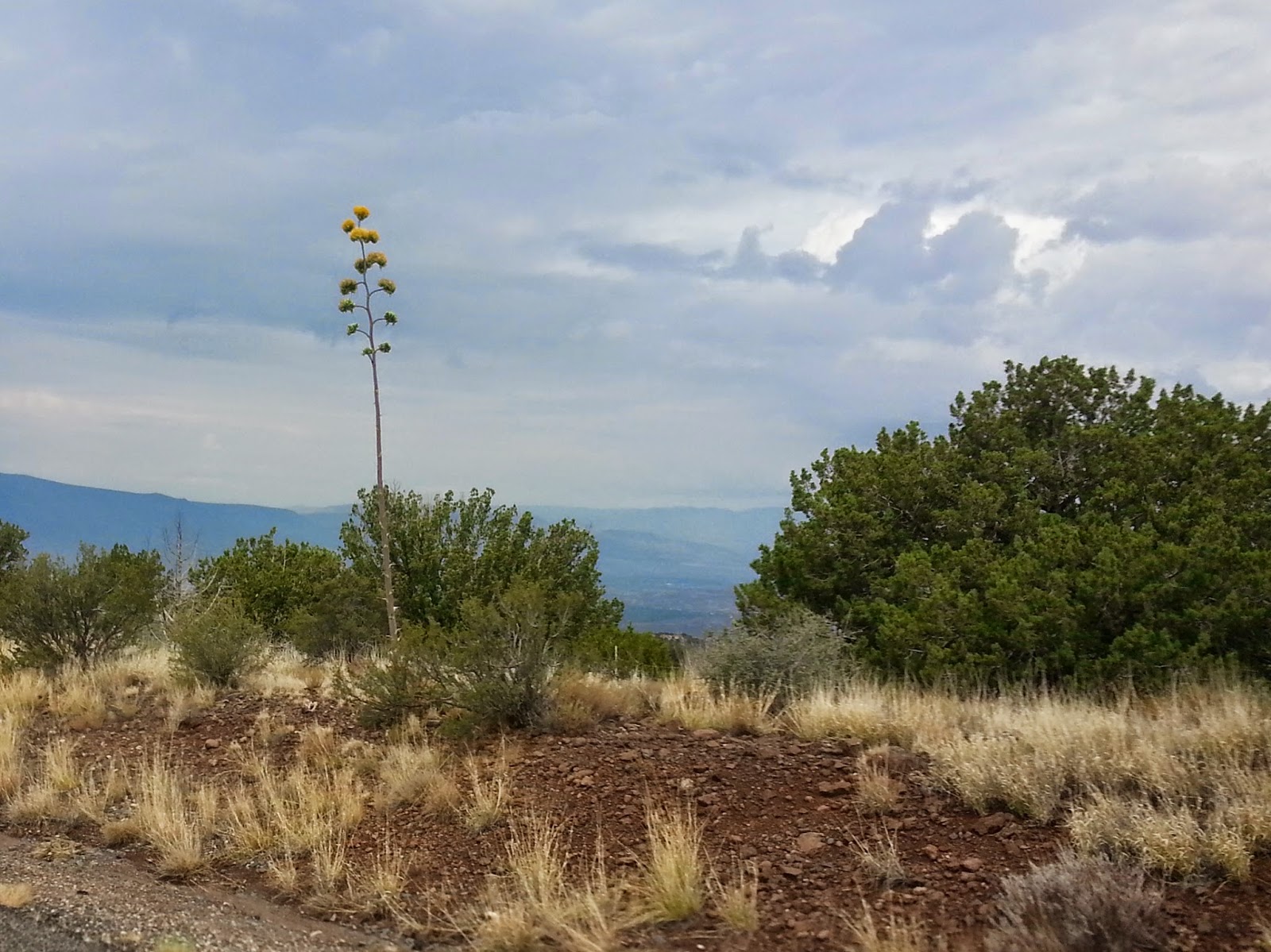 It's monsoon season and the weather report called for rain by mid-day so we put on raingear before we left Show Low. Even though the skies turned black and we saw rain falling in the distance, we didn't get wet until we rode up the steep hill in our subdivision and turned into the driveway.

There are three stages to motorcycle travel:

We won't be in the third stage for long, because we're already dreaming about the next trip. Stay tuned!

Posted by Lynn Grieger and Mike Ryan at 10:11 PM