Bright blue skies and a hot sun greeted us this morning in Grand Junction, Colorado.  At around 60,000 people, it's the largest city on the Western Slope, which is all of Colorado west of the Continental Divide. Its name comes from the junction of the Colorado and Gunnison rivers, which to our amazement are both fairly large moving bodies of water. We're used to 'rivers' in Arizona, which typically are dry and sometimes have a trickle of water. No wonder there is so much green here, even in a high desert climate.

Tom and Christine's friends Bill and Cynthia joined us for today's ride to Aspen and led us on a route that started off heading east on Interstate 70 through the Grand Valley that is bordered by the Grand Mesa, the world's largest flat-topped mountain, on one side; and the red rock cliffs of the Colorado National Monument on the other. We rode past vineyards and fruit orchards in the green valley along the Colorado River, an area originally the home of the Ute people with white settlers arriving in the 1880's. 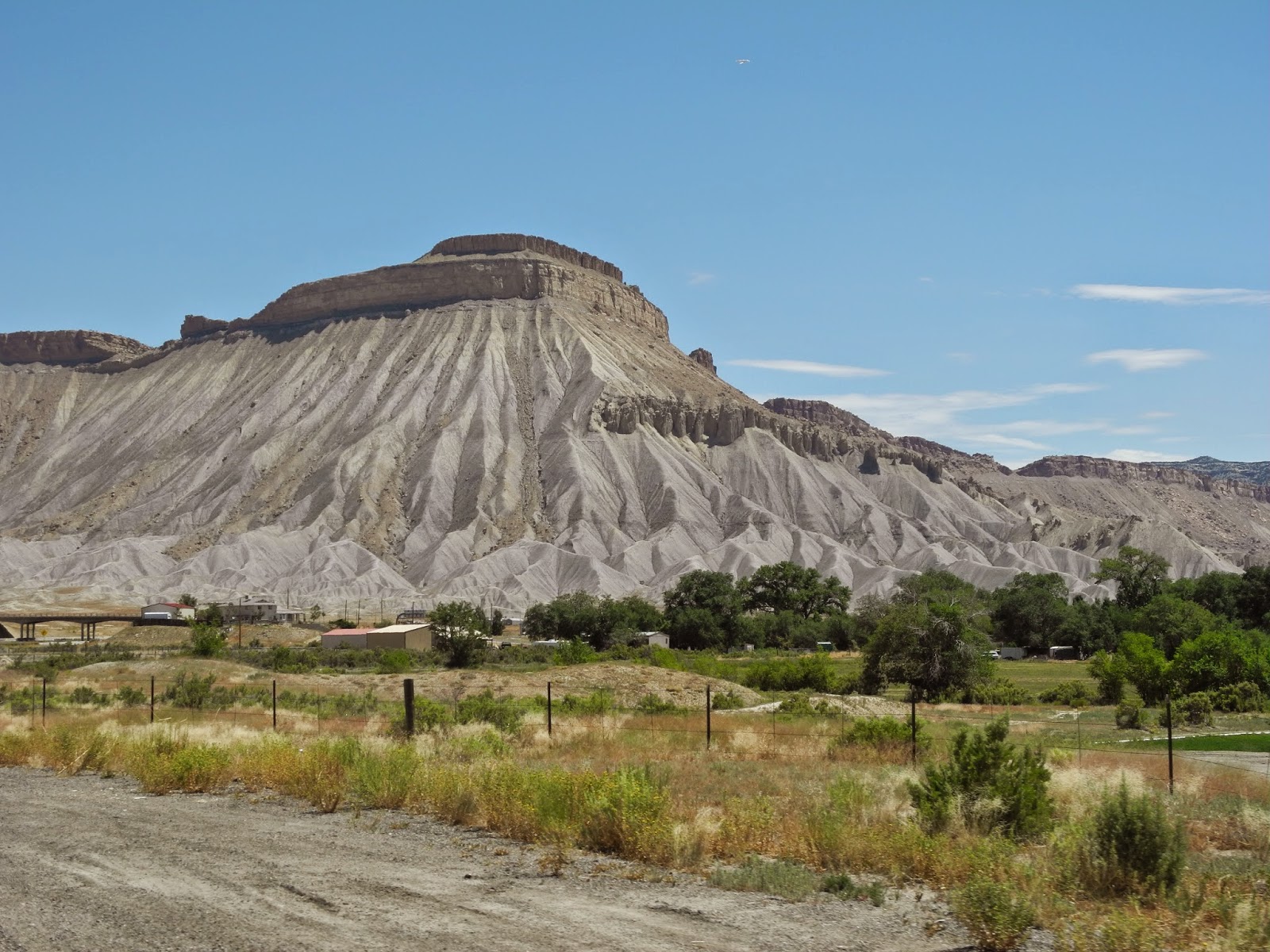 Usually I dislike riding on busy Interstates, but the scenery trumped the semi-trucks on the 20 miles we were on I-70. We left the interstate at exit 49 onto Colorado 65, the Grand Mesa Byway, that twisted and turned through the dry landscape. 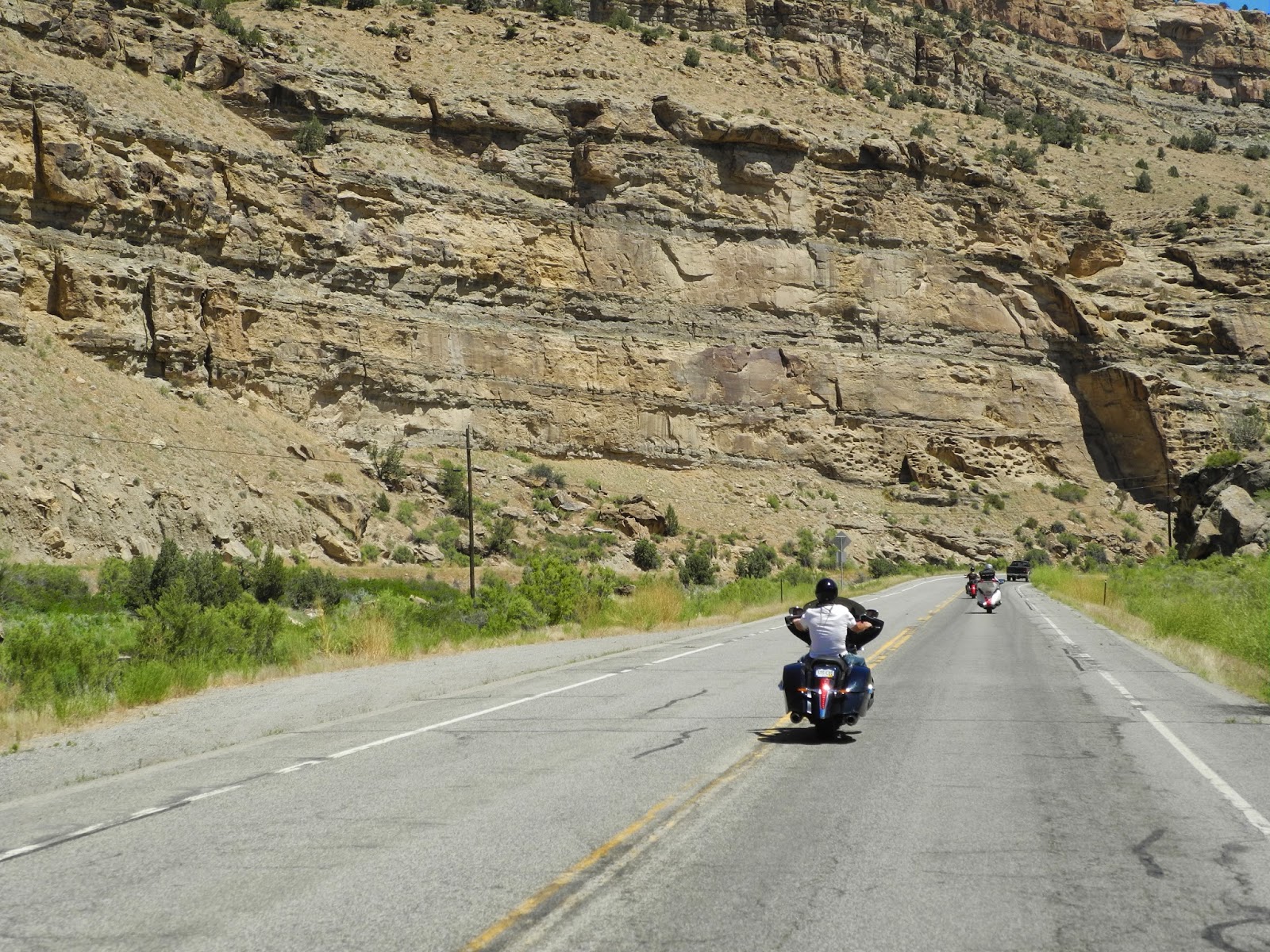 We turned off on 45 1/2 road to enjoy more sweepers before rejoining I-70 and continuing east. 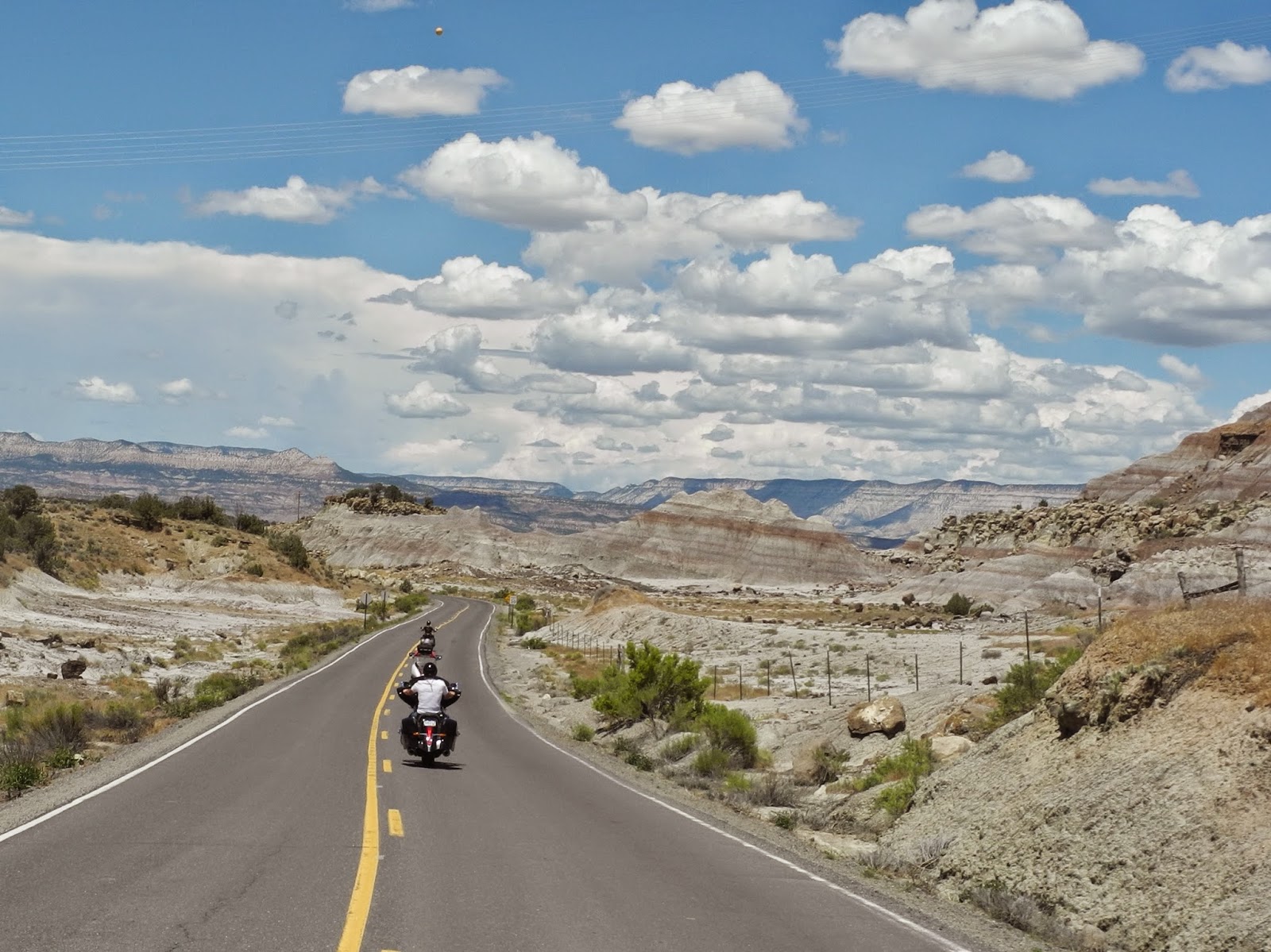 We stopped in Rifle for lunch at the Shooter's Grille where many of the waitresses wore a holstered pistol on their belt. I'm always curious about the history of names of towns, and legend has it that Rifle got its name from an old cowboy surveyor who left his rifle leaning against a tree and after that referred to the area as 'Rifle'.

We finished the day riding on I-70 to Glenwood Springs, then on busy 4-lane Colorado route 82 into Aspen. The road bisects mountains covered with pine trees, with intermittent vistas of snow-capped peaks in the distance. Our odometer turned over  to 24,000 miles just outside Aspen, and we slapped a high-five and did a little dance on the bike celebrating the mileage.

This was the first day of the trip we didn't need our raingear, surprising since July and August are known for rain and thunderstorms. Tomorrow we spend a full day in Aspen, and we're looking forward to exploring the town and mountains.
Posted by Lynn Grieger and Mike Ryan at 10:30 PM