At one point late in today's ride, I found myself crouching by the side of the highway to avoid being struck by lightning and pelted by 3/4" hail.

It was one of those challenging weather days. The weather report called for temperatures in the 50's and a 30% chance of rain, but we hoped that by riding south into the desert we'd miss the rain and enjoy warmer weather.

The day started off beautiful:  partly sunny skies as we rode south from Show Low on route 60 through the largest stand of Ponderosa pines in Arizona. 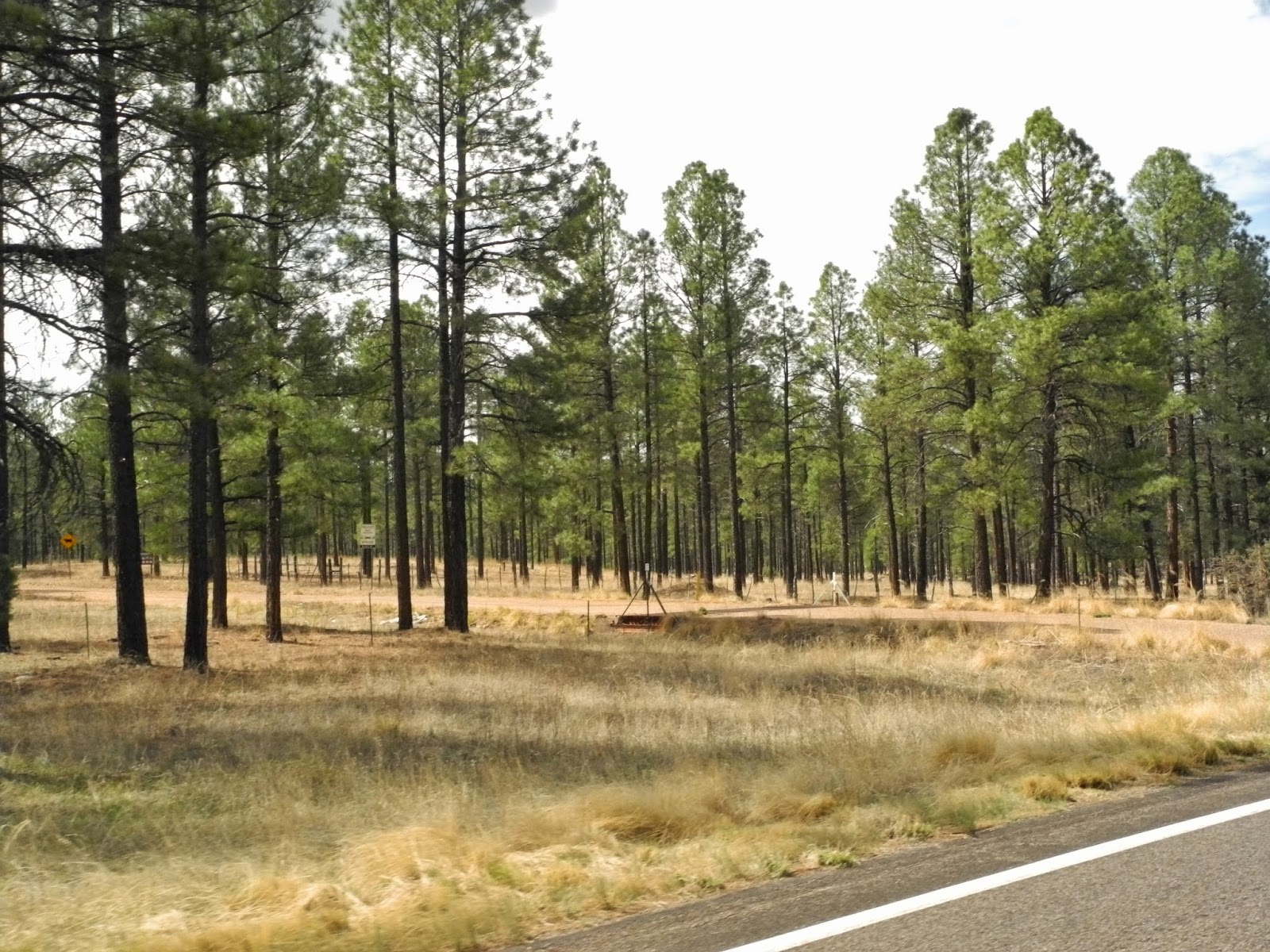 We traveled down off the Mogollon Rim and descended on twisting, curving route 60 with incredible views of the Salt River Canyon. 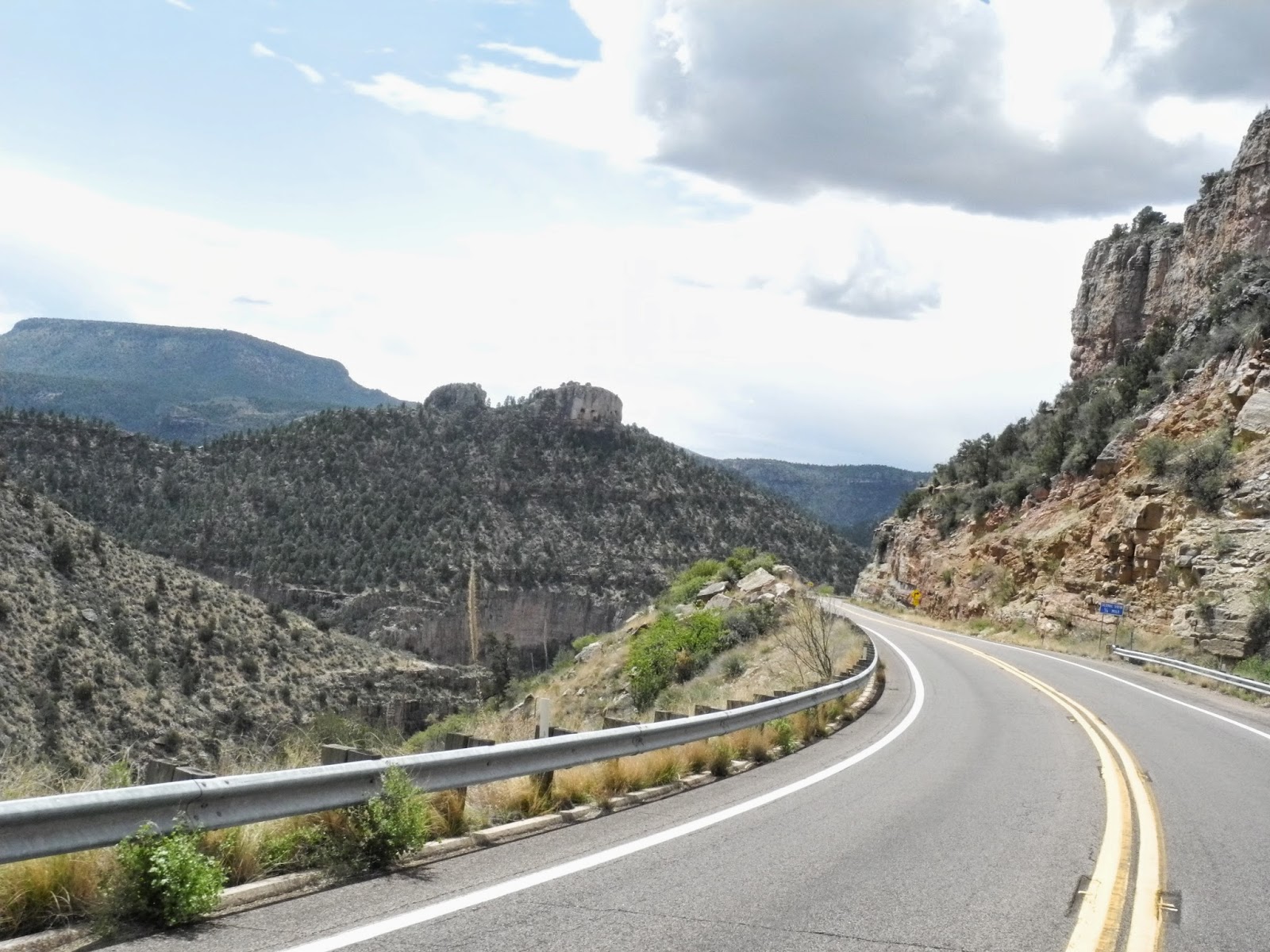 I swivelled around trying to take in all of the scenery: sandstone cliffs, tall mountains in the background, glimpses of the road going down to the bottom of the canyon and back up the other side. We stopped at the Becker Butte lookout to get a closer view of the canyon. 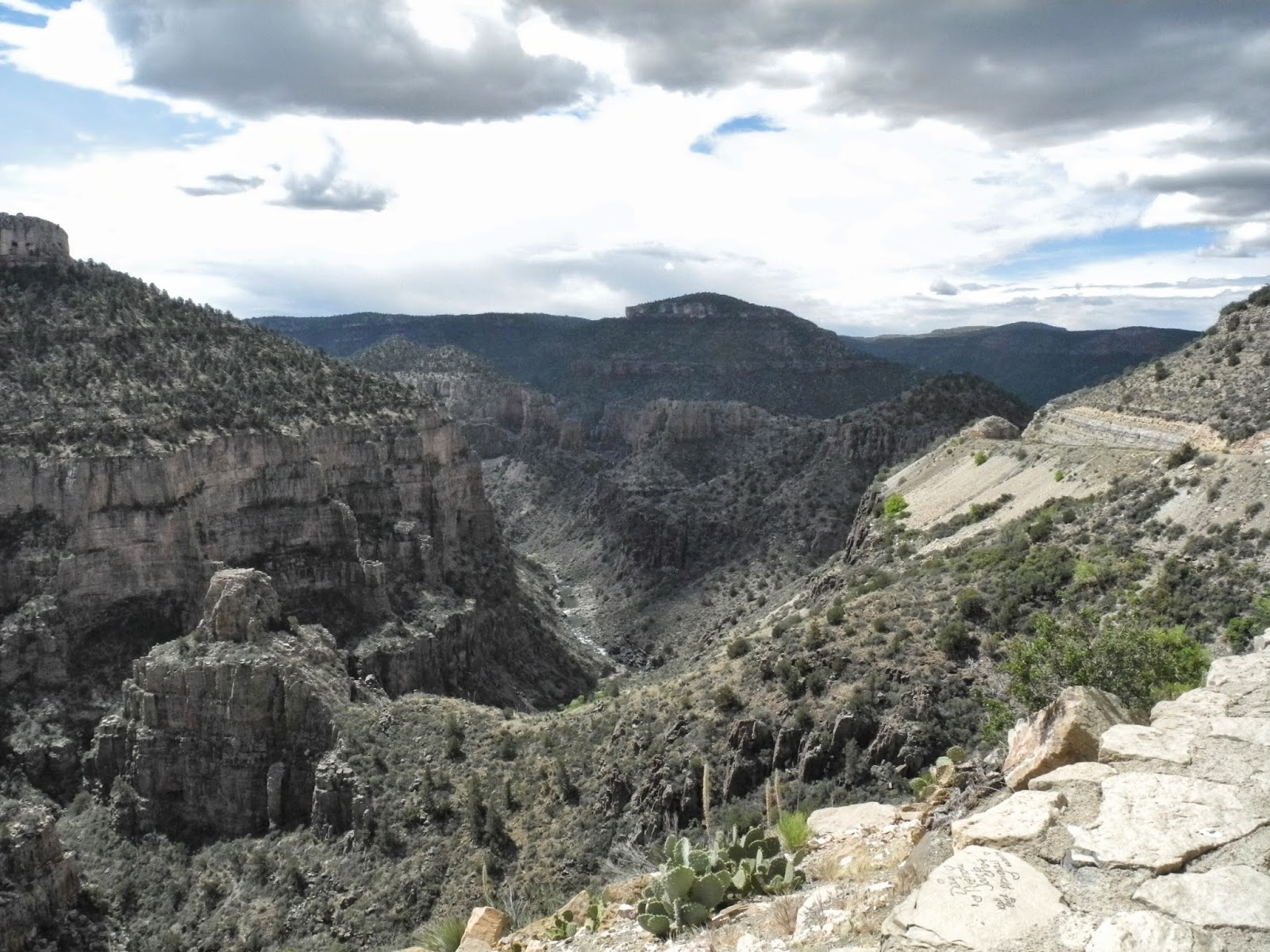 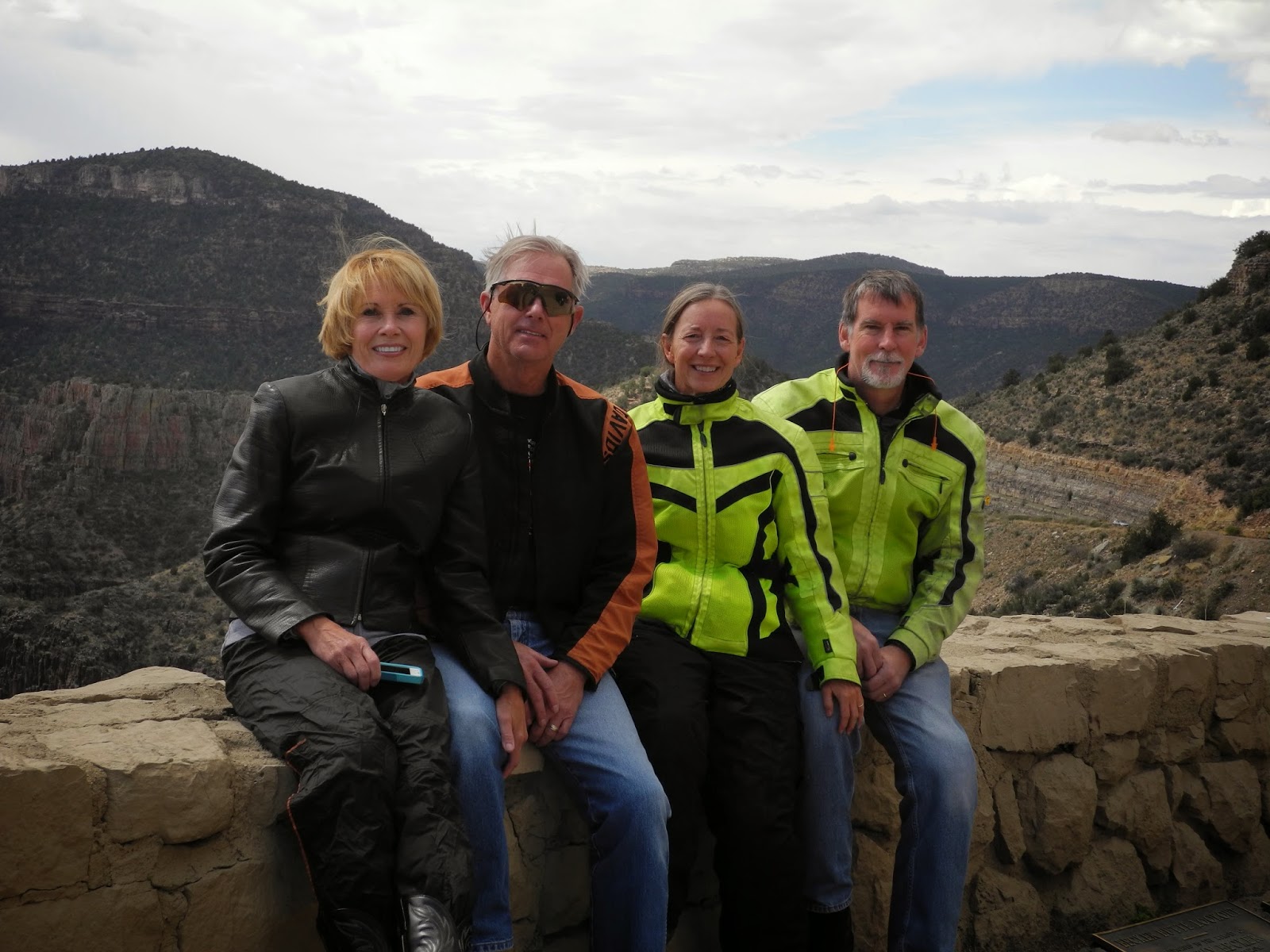 I noticed a car with Indiana license plates, and asked the two women where they were from. They're from Valparaiso, the town where I grew up. Sunshine, an amazing canyon, fun twisties, and a chance meeting with someone from my home town. This was turning out to be an excellent day.
As we climbed up the other side of the canyon the skies turned dark. We stopped for gas in Globe and put on rain gear, which turned out to be a wise idea as we rode in and out of rain for the next hour. The rain started pouring in earnest and the temperature dropped from 72 to 53 degrees. We looked for a place to stop and pulled into Taylor Freeze, an ice cream/burger stop in Pima that's been run by the Taylor family since 1967.
The rain let up, and as we continued south on Route 70 we saw snow on the top of 10,713' Mt. Graham. We hoped that we'd finish the ride with overcast skies and no rain, but we were less than an hour from Sierra Vista when the temperature dropped further and it rained so hard it hurt. Then I realized it wasn't rain drops that were pelting me, but large hail. At the same time lightning lit up the sky and we pulled over to the side of the 4-lane highway. Cars and trucks sped past as we crouched down on the ground covered with hail, waiting for the storm to pass. Traveling in a car we might complain about the rain, but we wouldn't notice the cold weather, hail hitting our helmets, or worry about a lightning strike.
We know we're traveling with friends who truly love motorcycle travel when we laughed about the hail after arriving at the hotel in Sierra Vista. We're keeping our fingers crossed that the weather improves with warm temperatures and sunshine tomorrow.
﻿
﻿
Posted by Lynn Grieger and Mike Ryan at 9:39 PM