We waited until October to ride the BMW to Santa Fe, New Mexico, hoping for cooler temperatures. We got our wish - and more - as we rode under cloudy, dark, threatening skies in temperatures that ranged from the low 50's to barely above 60. 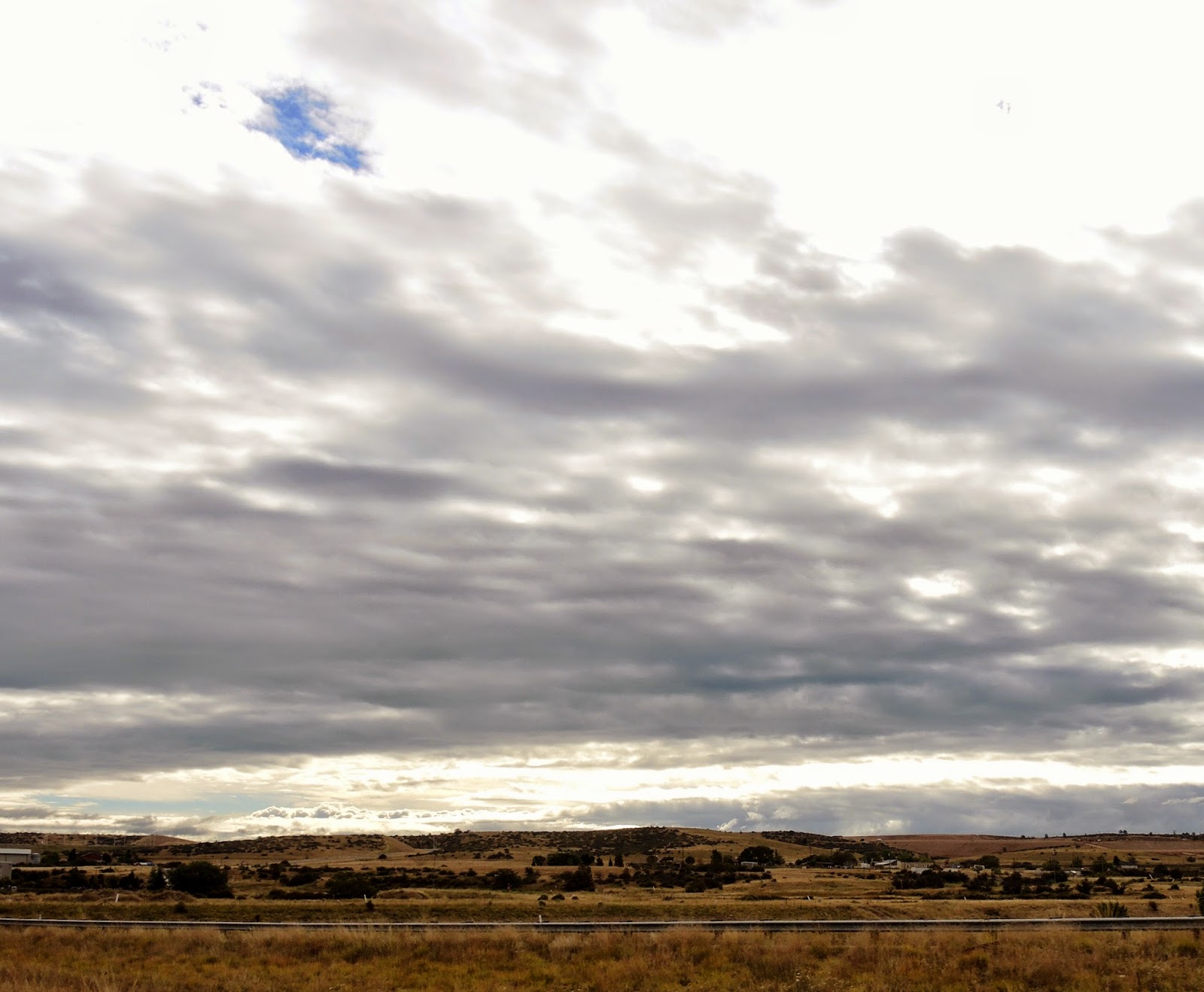 We turned north onto I-17, exiting on General Crook Trail, following Arizona 260 east until we turned left onto 87 north, riding through Ponderosa Pine forests and high desert along the Mogollon Rim. We stopped in Winslow for gas, and continued on 87 north through the Navajo Nation, watching the layers of clouds and hoping the rain would hold off. 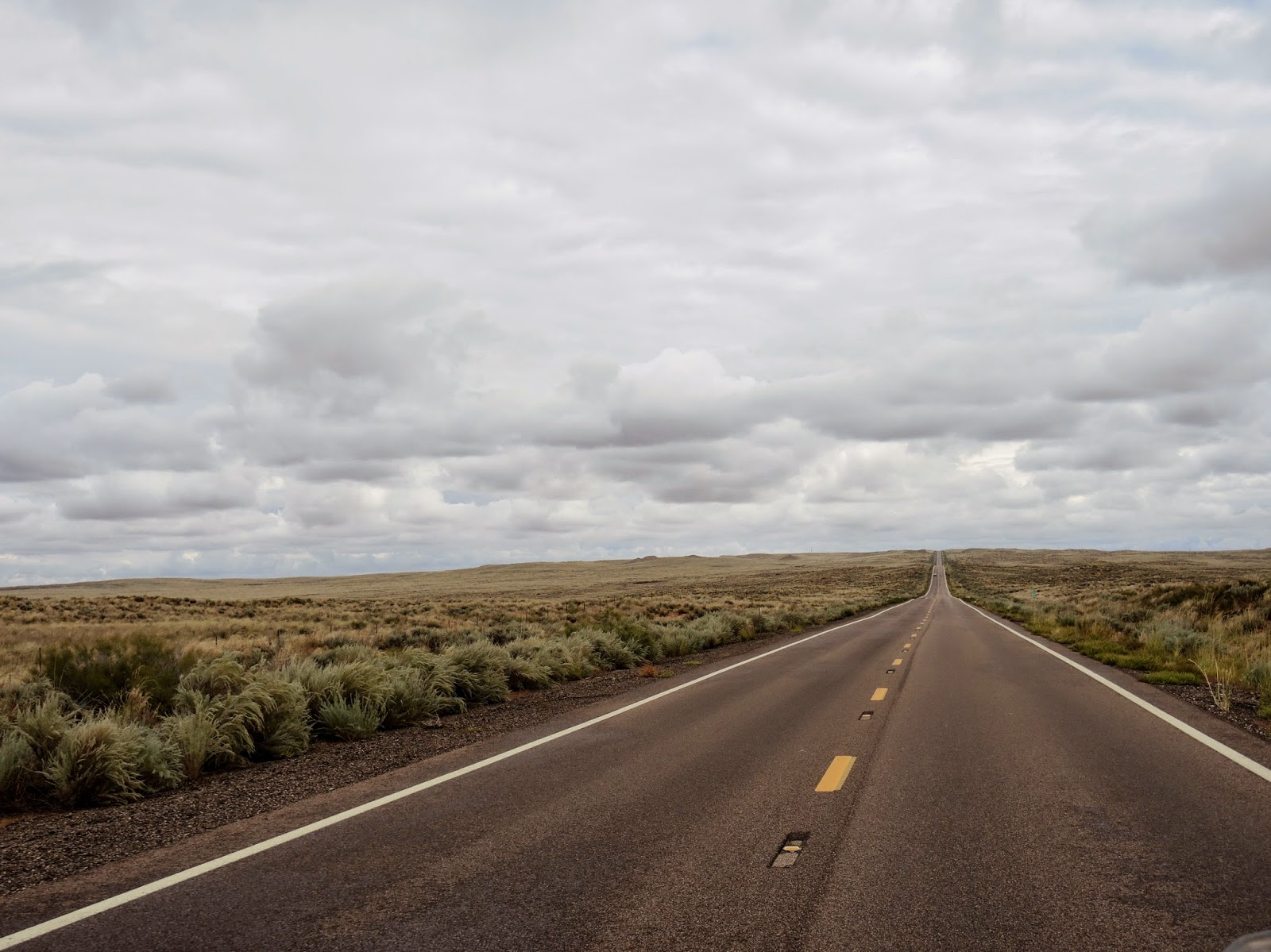 We had the roads to ourselves most of the day, and often it seemed we were the only people in the world since we could see nothing but cloudy skies, mountains in the far distance, random rock formations, and the paved road that stretched out in front of us. 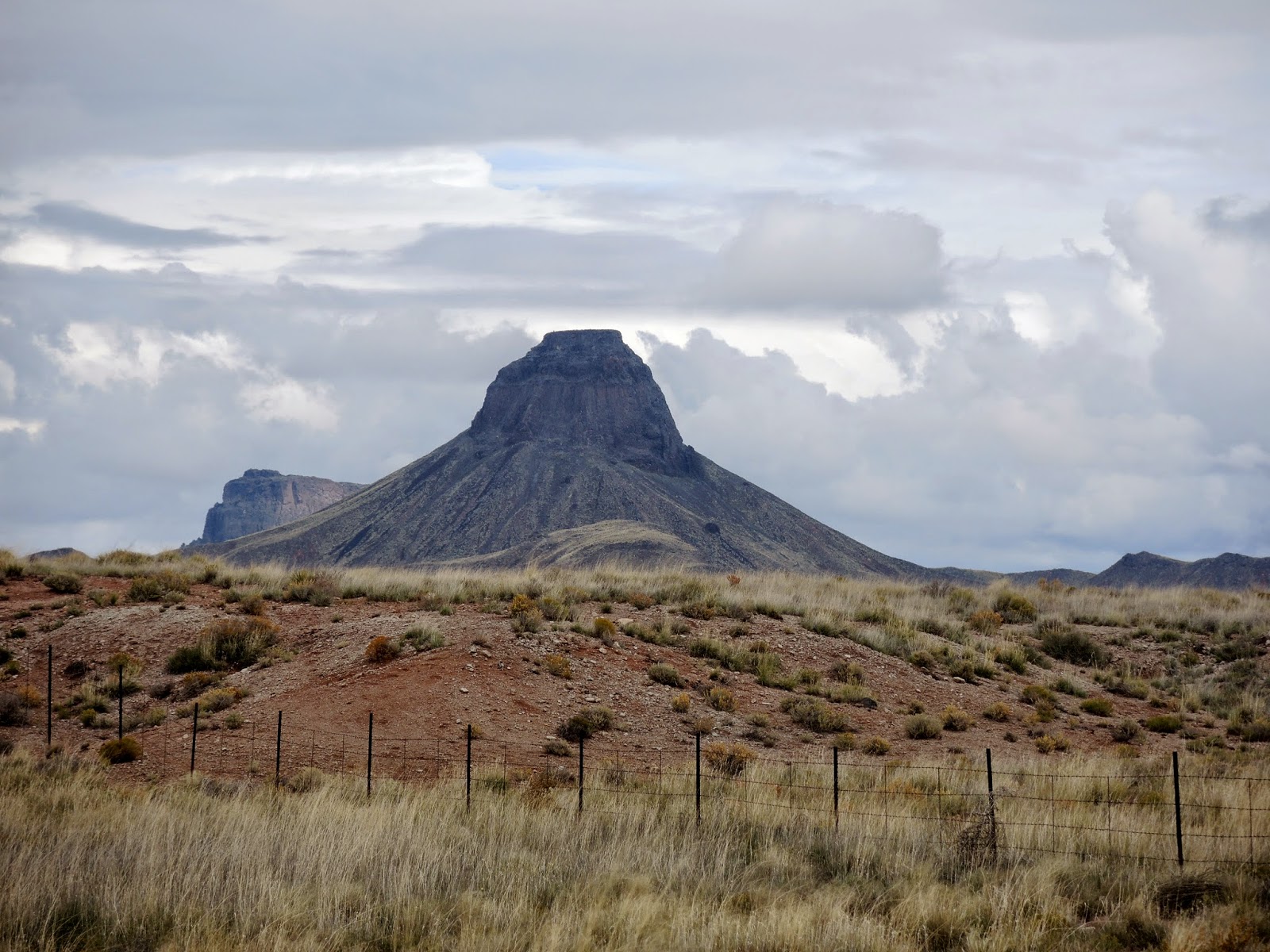 After stopping for lunch in Window Rock, the administrative capitol of the Navajo Nation, we continued east into New Mexico on Route 264. At one point we passed by a herd of four horses galloping madly along the roadside, shepherded by a tribal vehicle with lights flashing. 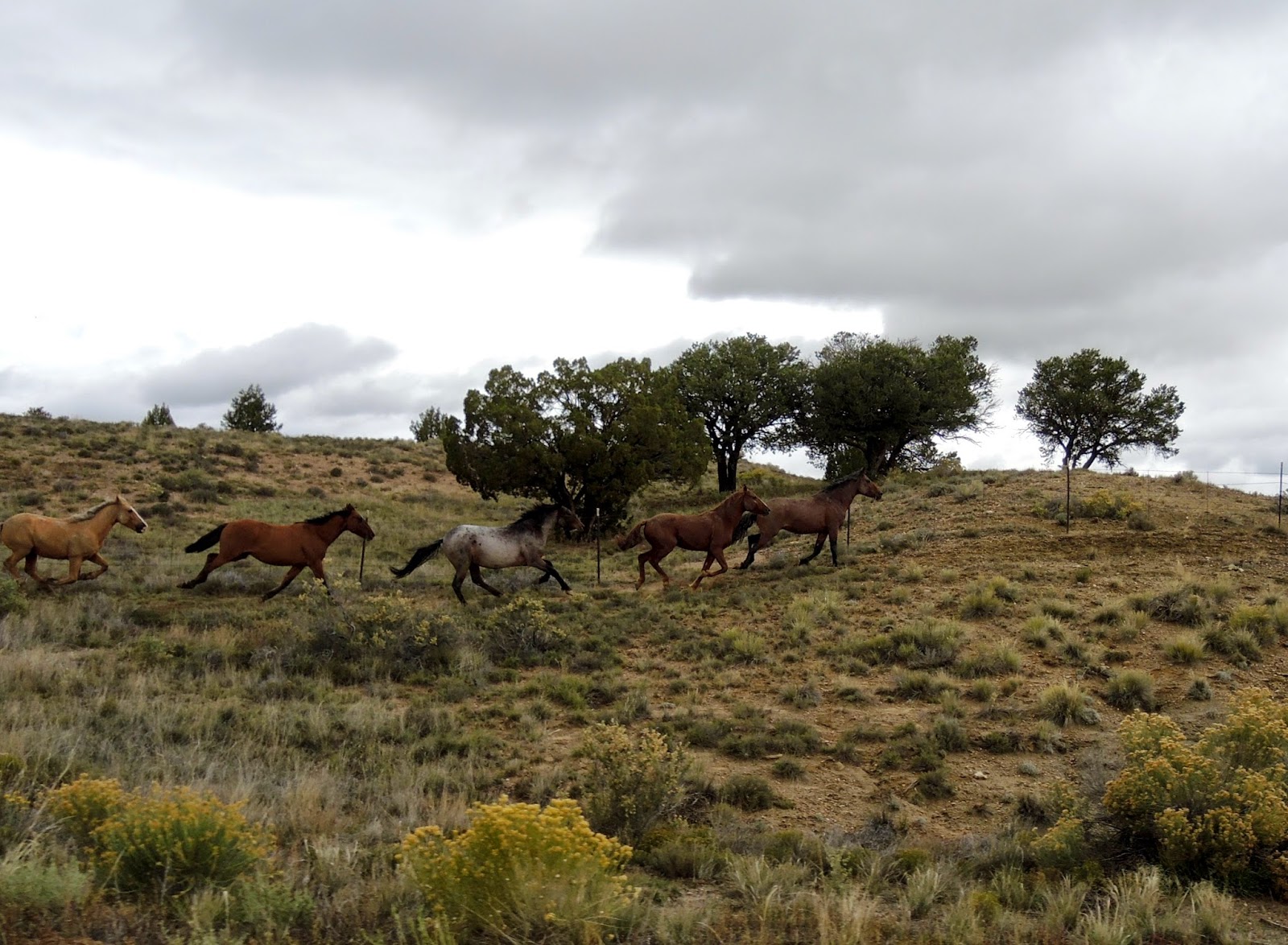 We turned south onto 491 for the final miles of today's ride into Gallup. We rode along old Route 66 with pawn shops, stores selling Native American jewelry and crafts, gas stations, and fast food restaurants on our right and train tracks on the left. Gallup was founded due to the area coal mines, and freight trains still rumble through town. Our luck with the weather ran out about 2 miles from our hotel when the wind whipped up and the rain pelted us.

Tomorrow we could take the direct, I-40 route to Santa Fe or loop through the mountains on side roads. The quick route takes about 2 hours; the mountain route about 6. Which one do you think we'll choose?
Posted by Lynn Grieger and Mike Ryan at 8:09 PM