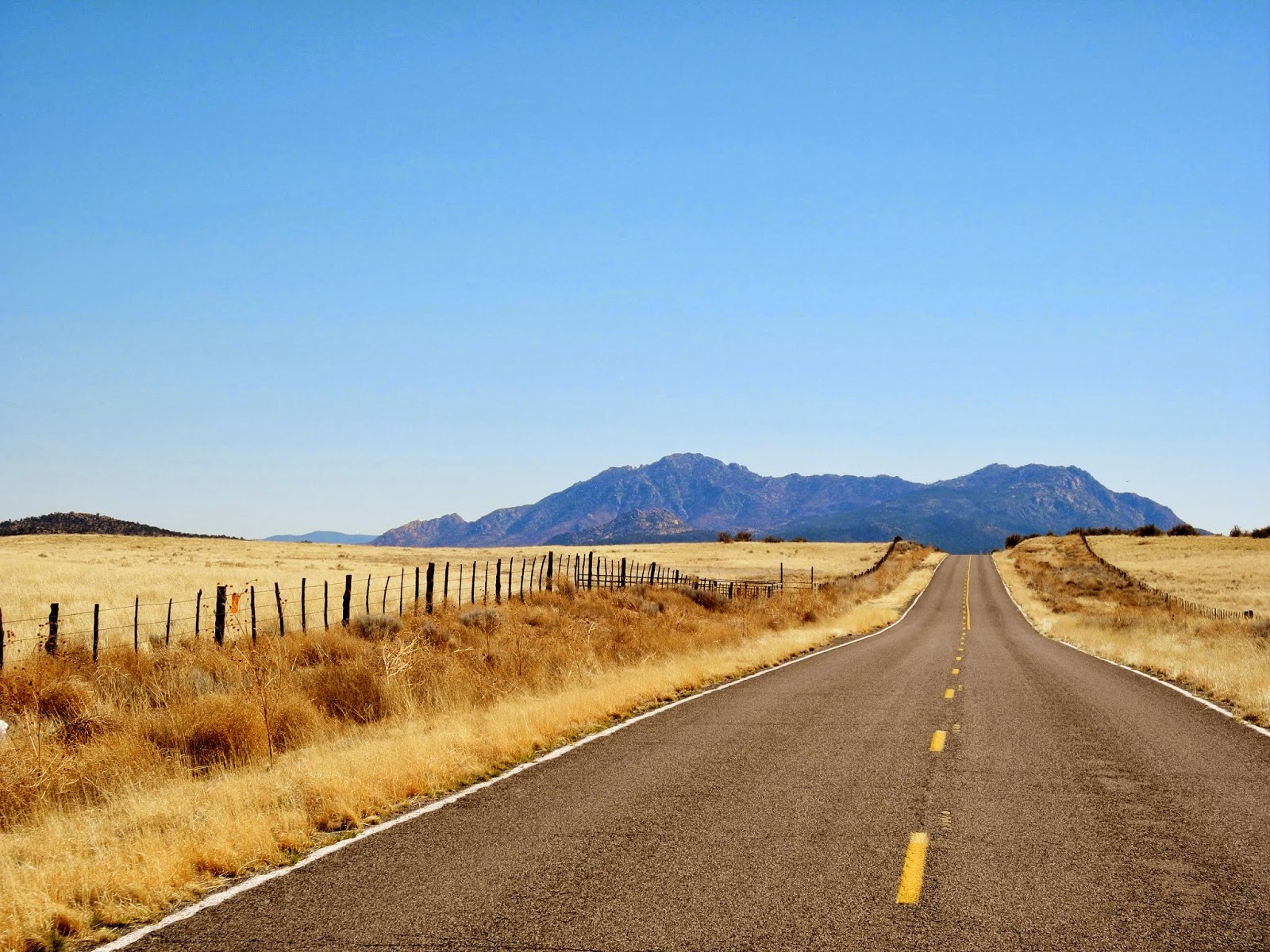 A sunny day with bright, Arizona blue skies and no plans meant a motorcycle ride. Instead of a specific destination, we decided to ride on Williamson Valley Road, a scenic paved road that heads north from Prescott.

There aren't many 2-lane paved roads in this part of northern Arizona, and often we have to first ride for several miles on busy, 4-lane divided highways until we can find roads more to our liking:  little traffic, twisties or sweepers, and views that go on forever.

As Arizona developed into a Territory and then statehood in 1912, settlers eventually turned footpaths into dusty dirt roads. The 66 mile Williamson Valley Road connects Prescott to Seligman on Route 66. Today the paved portion heads north for 22 miles from Prescott, and then the road becomes a primitive dirt road the final 44 miles. We rode the paved portion, veering off periodically onto side roads that led into housing developments that either hugged the sides of the foothills or twisted down into canyons. 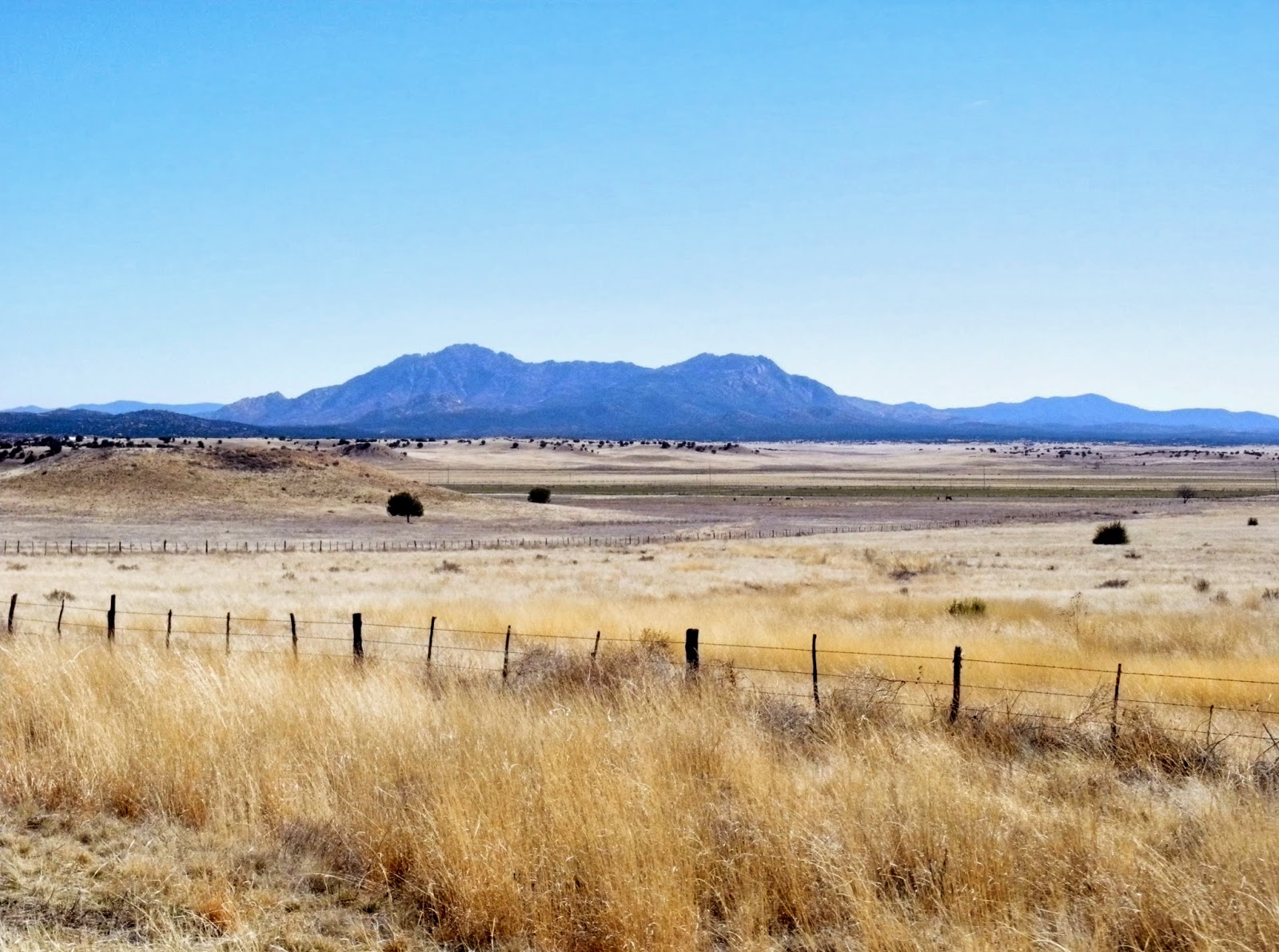 The road winds through the prairie and grasslands dotted with occasional trees. Several times we saw cattle or horses, and one lone bicyclist enjoying riding without the traffic in Prescott. 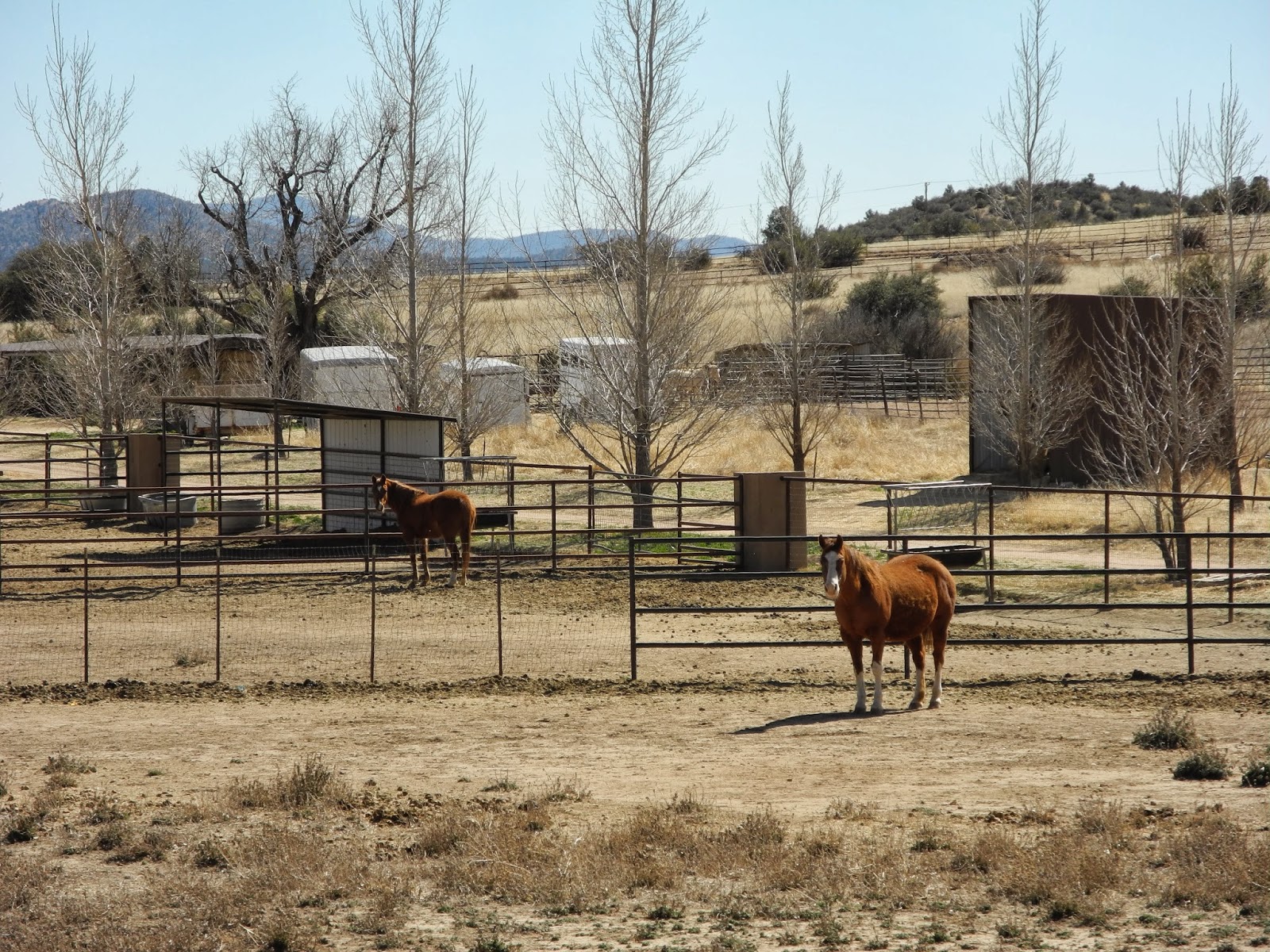 Riding along in the sunshine it was easy to imagine what this part of Yavapai county looked like 200 years ago:  probably just like it does today without the fences, electric lines, and roads. With so much development going on in Prescott, it's fun to ride a few minutes out of town on a road that heads off to the mountains on the horizon without any houses in sight.
Posted by Lynn Grieger and Mike Ryan at 7:56 PM