Riding through the changing southwestern countryside on our BMW

It's always fun to combine two favorite activities into one trip. I'm running a marathon in every state, and riding the BMW to a race is always more fun than driving the car. This weekend we're on a short trip to the Shiprock Marathon in New Mexico.

We rode 482 miles today, starting off on familiar roads heading north from our home in Prescott, AZ and then east on Route 260 through the Coconino National Forest on winding, sweeping roads through stands of Ponderosa pines. The only constant today was the lack of traffic, as the landscape changed from the wooded forests along the Mogollon Rim, to high desert that looked like gravel pits, to amazing rock formations, to low, scrubby bushes. 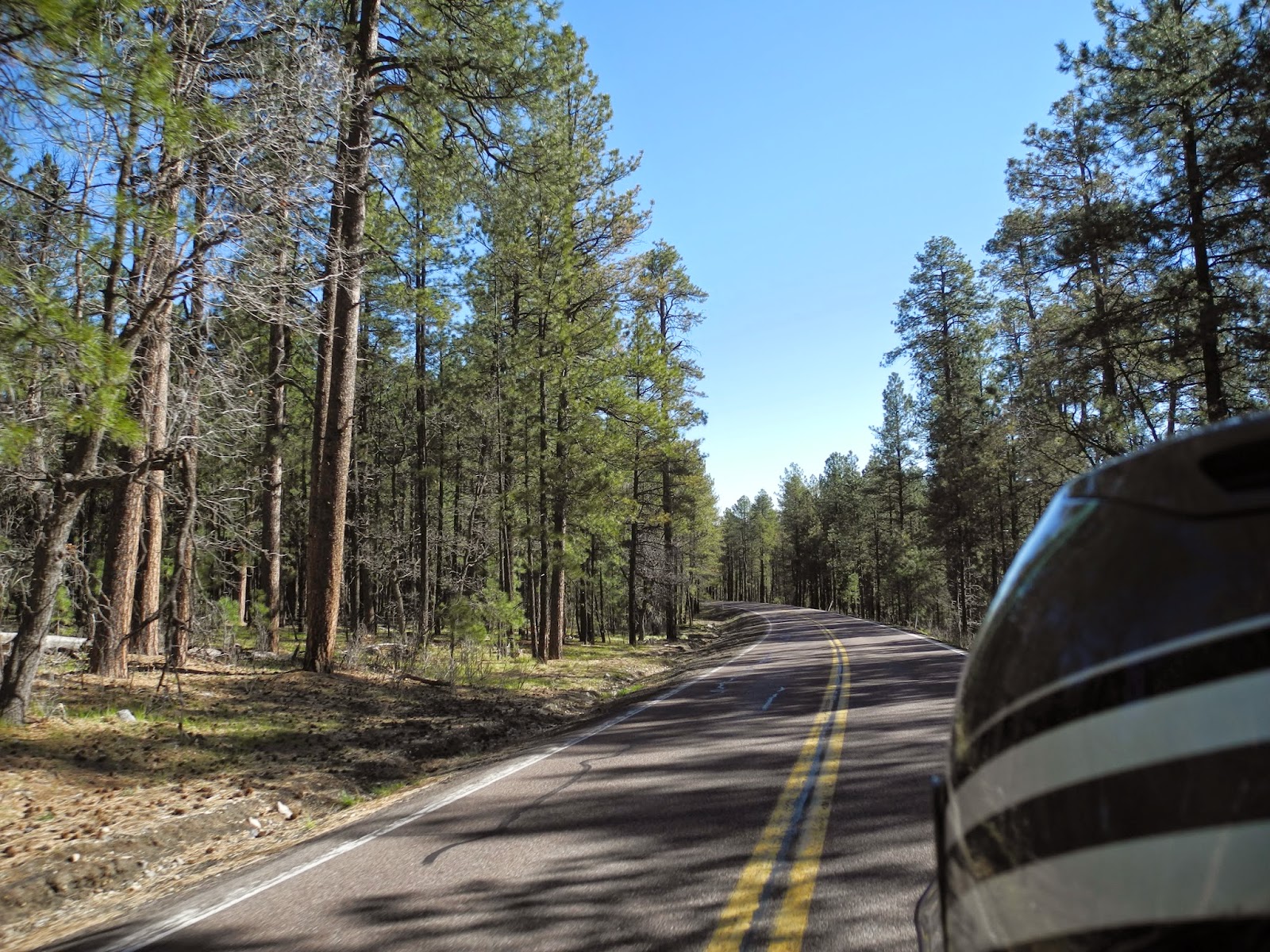 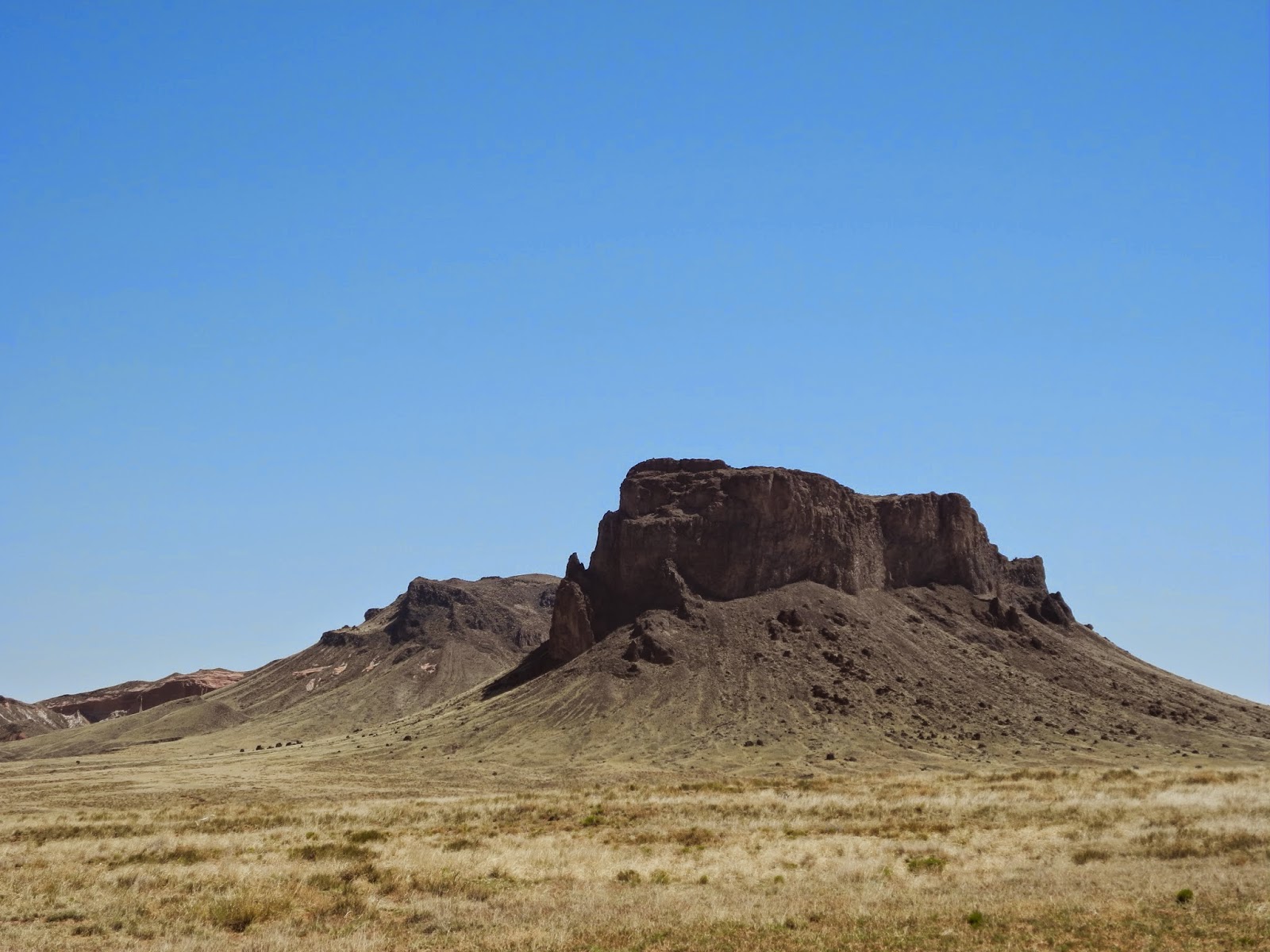 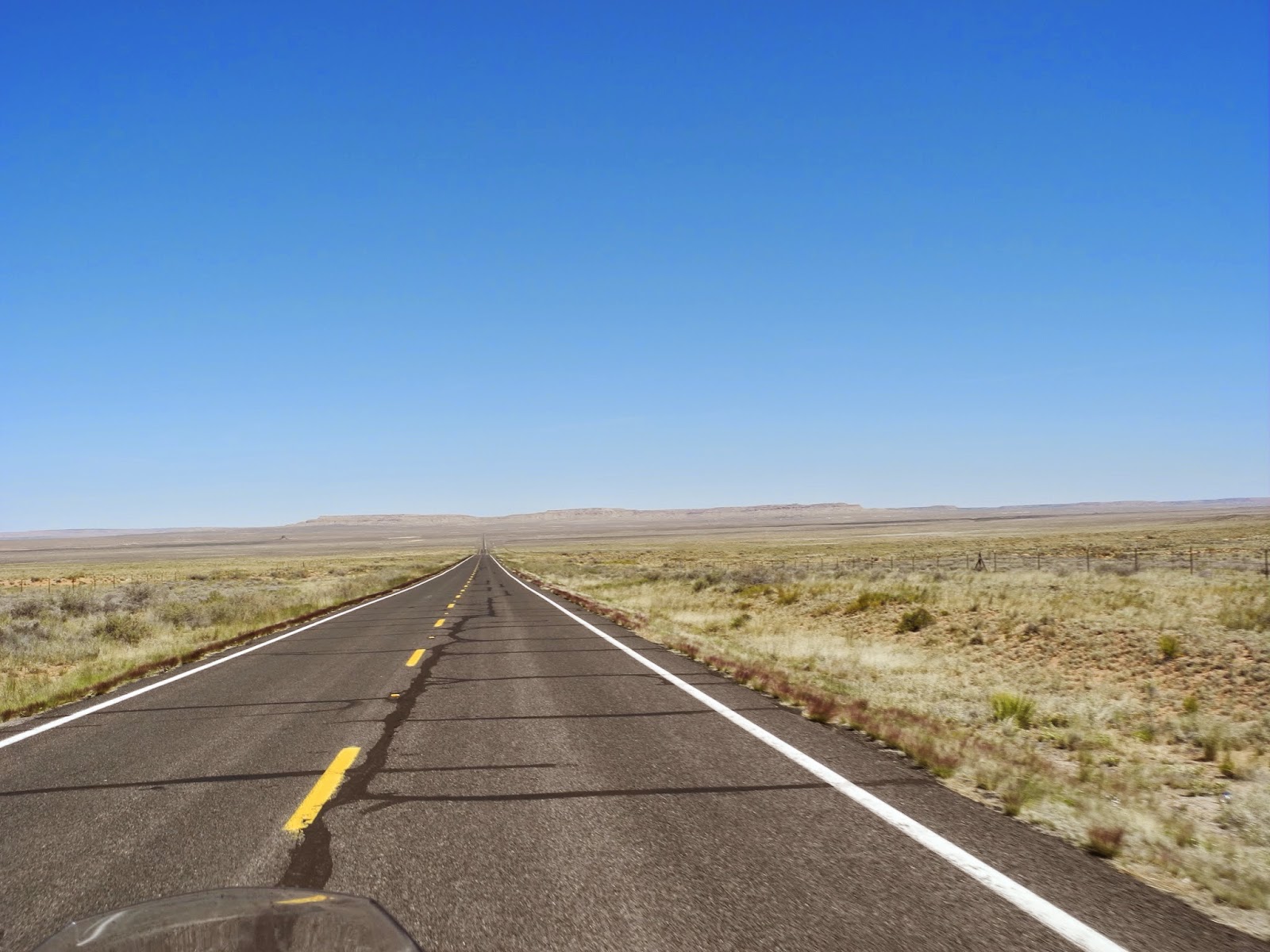 We turned north on 87, spent 30 minutes in Winslow, AZ filling up the gas tank and finding a restroom as we wondered why the Eagles wrote a song that featured a corner in this town, and continued on through the Navajo Nation until we stopped for lunch in Window Rock. The Navajo Nation covers 27,000 square miles in parts of Arizona, Utah and New Mexico. In fact, it's larger than 10 of the states, including Vermont where we lived for 21 years before we moved to Arizona last summer.

We continued north from Window Rock on a road so straight that it stretched out to the horizon. We've learned from experience to stop for gas whenever the opportunity presents itself while traveling through the Southwest, since often gas stations are at least 50 miles apart. After yet another gas stop, we turned off the 4-lane 491 onto 2-lane, paved Navajo Nation roads.

We've ridden into Farmington before, so we weren't surprised by the water irrigation and Irish-green fields surrounded by the desert. 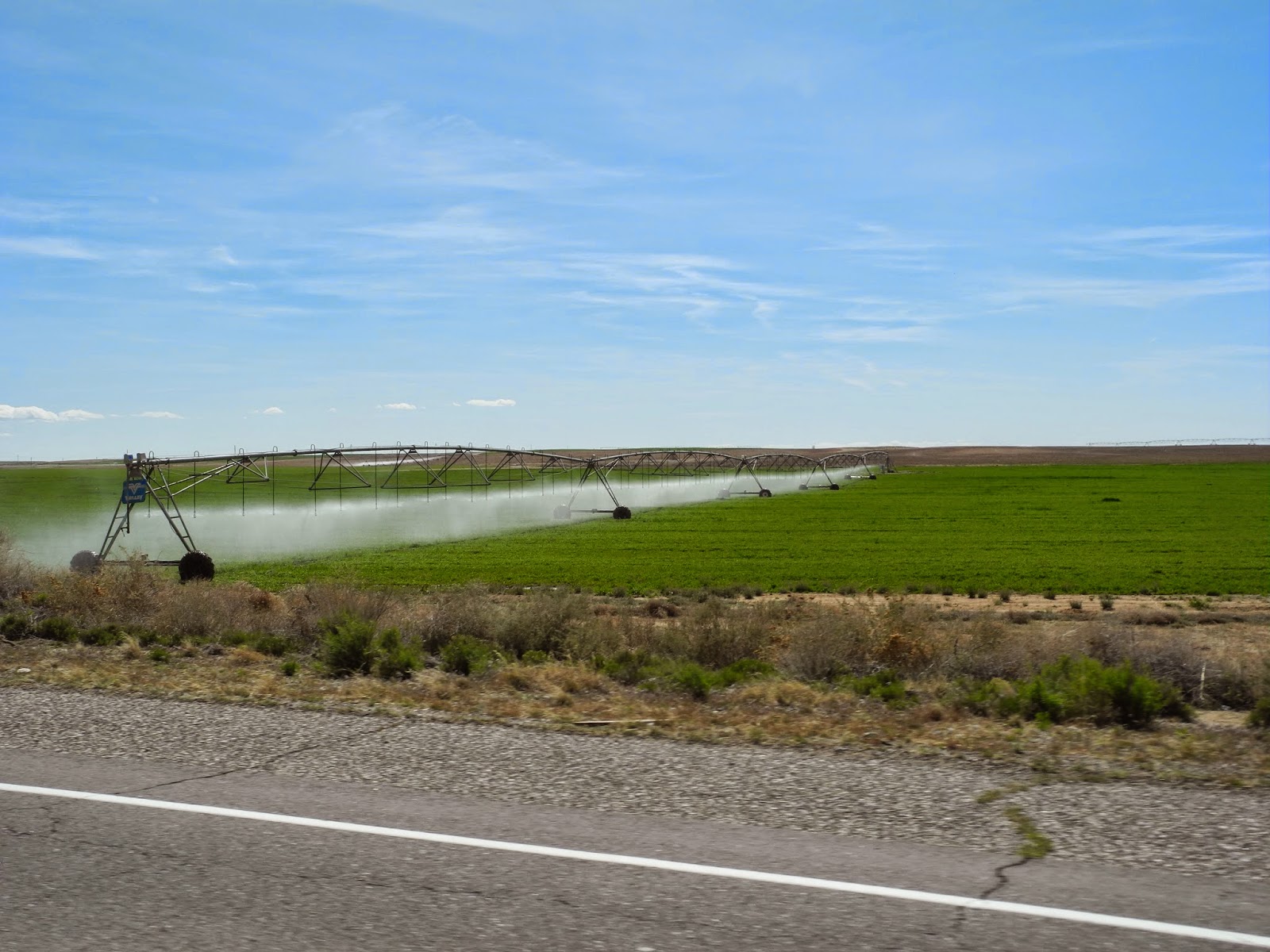 We rode down a steep grade into Farmington, with views of the snow-covered Colorado Rockies in the distance and rocky badlands and cliffs right in front of us. The San Juan River even has water - something I rarely see in Arizona where the riverbeds are dry except for during the summer monsoon season. 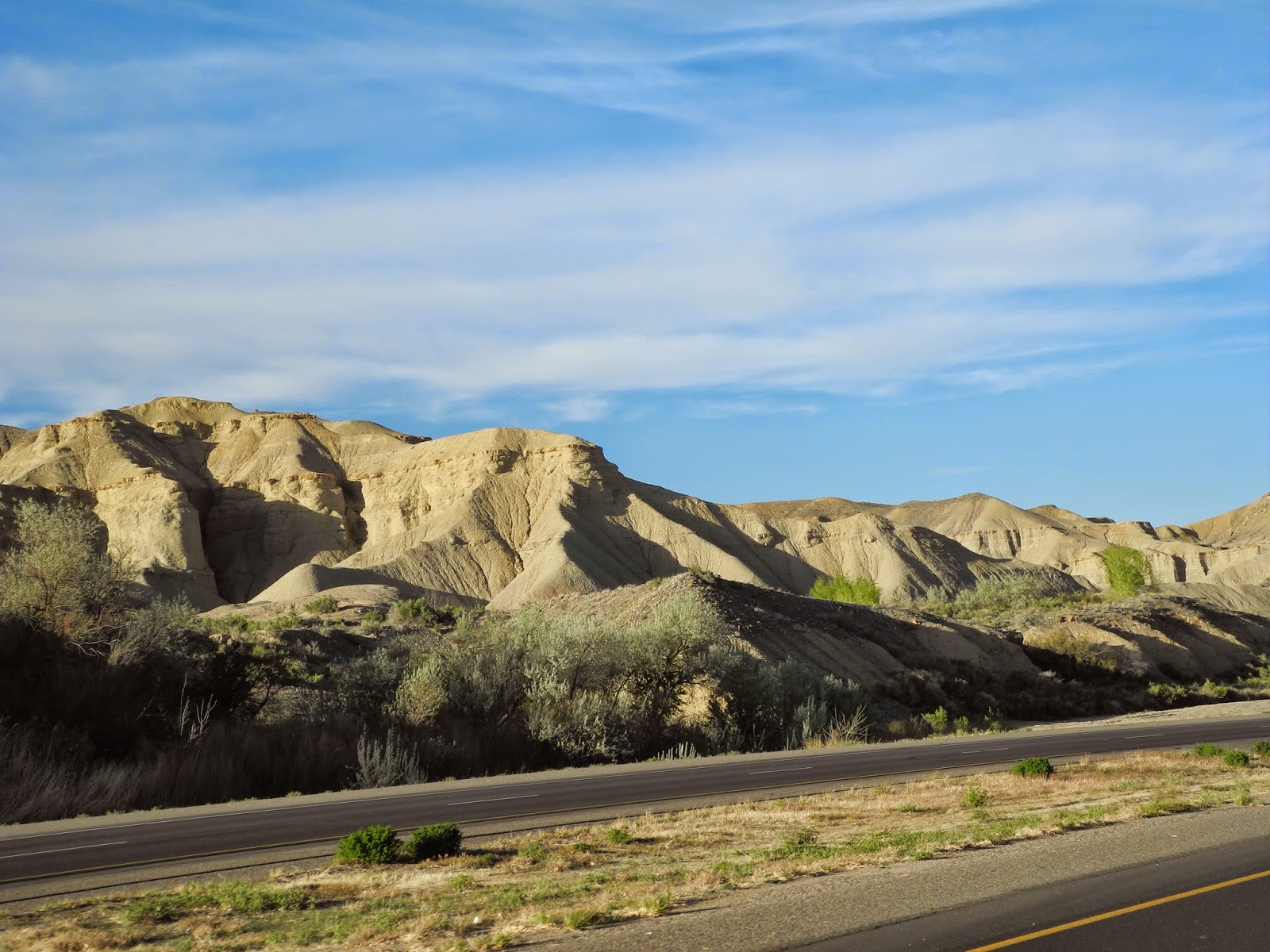 Tomorrow I run the marathon and we'll spend the day exploring Farmington. Sunday we head back home, taking a different route to keep the trip interesting.
Posted by Lynn Grieger and Mike Ryan at 9:07 PM